I am a Swift, Objective-C and formerly Java developer with knowledge on mobile development, software testing, and artificial intelligence.

I recently joined Zalando in Berlin, working as Senior Software Engineer for iOS: I initially contributed to Zalon, an emerging business, and I am now transitioning to Zalando Fashion Store, the core product.

Previously I worked for three years at SAP Concur, in Prague, where I contributed to the development of their flagship mobile app. Among other things, I led an effort in refactoring the features I owned to tackle a large technology debt, modularise dependencies and support offline-first behaviour and I greatly contributed to the development of on-device receipt recognition. I also mentored juniors and interns in my team, participated in Concur meetups, furthered my understanding of Agile and Scrum and organised beginner Swift courses aimed to improve SAP Concur visibility in the local job market.

I graduated with honors as a Software Engineer at the University of Genova where I also completed a Ph.D aimed to create an automated tool to generate test cases for embedded safety-critical systems directly from source code using static and dynamic analysis, bounded model checkers and SAT optimizers. During my Ph.D I also taught courses at the University, did scientific writing and attended conferences as a speaker.

I speak Italian as my first language, I'm fluent and fully proficient in English and I'm slowly trying to pick up some German.

More informations can be found in my LinkedIn profile 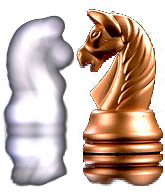 I enjoy long term traveling, a.k.a backpacking. This is a bug that I caught during my year-long trip across Asia in 2012 that took me from Stockolm to Bangkok overland. Some pictures of this trip can be seen on my Flickr account.

As a math person, I like strategy games of any kind. I used to be decent at chess and I also tried for fun to design an automated poker player based on machine learning and Monte Carlo simulations. I regularly spend time with friends playing role play games, modern tabletop games and I especially enjoy abstract euro-style strategy boardgames.

Some of my code can be seen in my pet projects published on my GitHub account.

I'm really terrible at ball sports and making any kind of artwork.

Below, some of my recent works and clients in the mobile market.

Senior iOS Developer
I worked 3 years for SAP Concur contributing in the Expense sections of its flagship iOS app, leading a large effort in refactoring and the design and development of receipt capture and on-device recognition.

iOS consulting
I provided consulting services to Vertical, a design agency in San Francisco, aimed to perform maintenance, debugging and assistance in the development of new apps on iOS.

A baby tracking app
BabyMy! is a baby tracker app that helps moms log all activities related to their babies and offer charts on daily activities, WHO growth graphs and checklists. iPad and iPhone versions have been separately designed.